We are staying on the topic of peptides and today we focus on the potential health benefits of BPC-157. BPC-157 is a 15 amino acid that is naturally found in gastric juice of all places.

But, it makes sense that BPC-157 would be produced in the stomach since gastric acid can cause tissue damage. Not only does BPC-157 stimulate healing of our gastrointestinal lining but can improving healing throughout the body.

While not FDA approved BPC-157 has been used in the body builder world for over a decade. It was first discovered in 1993 by Dr. Predrag Sikiric, a Croatian scientist. But, Russian scientist, Dr Pavlov of the famed “Pavlov Response” performed several studies using gastric juice from dogs in the early 1900s.

What Evidence Exists for BPC-157

There are no placebo-controlled studies in humans studying the potential health benefits of BPC-157, and thus it is not FDA approved in the United States. There anecotodal reports of its health benefits in humans, though. Bodybuilders have been using BPC-157 for at least a decade to recover and heal faster from injury.

There is no shortage of animals studies looking at this 15 amino acid peptide. Here’s a link to PubMed showing 20 of 130 animal studies on BPC-157. It is being studied in spinal cord injuries, ulcerative colitis and Crohn’s disease, musculoskeletal injuries, gastroesophageal reflux, control of bleeding, and more.

BPC-157 naturally protect cells from injury and also interacts and stimulates other proteins involved in the healing process. It basically sets off a domino effect leading to reconstruction and repair of tissue throughout the body.

Without getting too technical, BPC-157 lowers inflammation markers like leukotriene B4 , thromboxane B2, and myeloperoxidase. It also stimulates the expression of early growth response 1 gene.

In the human arena it is largely being used to treat muscolskeletal injuries like rotator cuff tears, hamstring strains, partial ligament injuries. Some physicians are using in a variety of gastrointestinal diseases like irritable syndrome, gastroesophageal reflux, leaky gut syndrome, and Crohn’s disease. They report good results, but these are anecdotal reports. It has been used to treat the liver damaged from alcohol abuse.

BPC-157 is also being used in patients suffering from traumatic brain injury or TBI.

To ensure you are getting the real McCoy you are best to go through a FDA-approved compounding pharmacy.

The Buckeye Cruise for Cancer: Cruising for a Cause 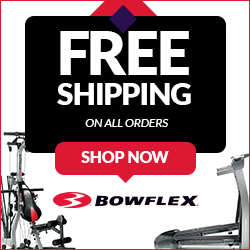