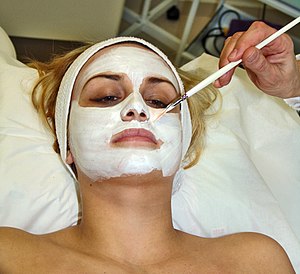 The Debate About This Anti Aging Treatment Ingredient

The use of stem cells as an anti aging treatment ingredient has been a hot issue in the field of medicine. The stir arose not because of its success in restoring a youthful appearance, but stemmed from the standpoint that using such a highly regarded “ingredient” for the sake of vanity is frivolous. The controversy surrounding stem cells is not limited to how it is being used. Experts also dispute on how the stem cells are sourced.

Stem cells are actually a type of undifferentiated cells which have the capacity to differentiate into specialized cell types. They can be obtained from two primary sources: from adult tissues and from embryos formed during the blastocyst stage of its development. The latter origin have been a sizzling issue because extracting embryonic stem cells means that the blastocyst is prevented from developing into a human being. This is not acceptable to many experts and makes it doubly controversial as an anti aging treatment component. However, other experts think that this is allowable since the embryos used are the excess created from in vitro fertilization clinics. When conducting an IVF, several eggs are fertilized in test tubes but only one is implanted into its “mother”.

Far Reaching Potential Not Just As An Anti Aging Treatment

Stem cells gained the interest of researchers and scientists because of its great potential in addressing infinite purposes. Because they are undifferentiated, these cells do not carry a specific role. However, it can be stimulated to specialize so that they can provide a specific task. They can be instructed to become a particular cell that the scientist wishes. It is like a blank check. It does not specify any amount, but if you write a specific figure, what you write becomes its value or use. This capacity to become any cell type gives it the potential as an internal repair system for any organ and makes it useful in restoring any kind of injured tissue. It can become a brain cell, a red blood cell, a muscle cell, and so on.

The debate on using stem cell as an anti aging treatment ingredient may extend for quite some time until its effects are completely understood and appreciated and the manner of extracting it has been fully settled.

“Stem Cells: the Future is Now!”

“Telomeres: A Key to Longevity”

Anti Aging Ingredients To Look For In a Skin Care Product

Stem Cells and Anti Ageing: Looking and Feeling Your Best

Are You Getting Age Spots?