Thermogenic foods are foods that can boost the natural biological process called thermogenesis. What do these terms mean? How can thermogenic foods improve your dieting? What are the the best precise examples? You will find it all below.

Seasons change and diet fads change the most. As if it wasn’t already difficult enough to trust the Internet, right? We learn from experience. So it’s safe to say that there is a main lesson this cycle of regims trending and disappearing has taught us. The best weight-loss methods are the ones that can stick around and possess the ability to truly show results. Thermogenesis is the very reason why many of these diets exist. For this reason, we’re going to write up an extensive guide to thermogenesis and the thermogenic foods that kick it in. 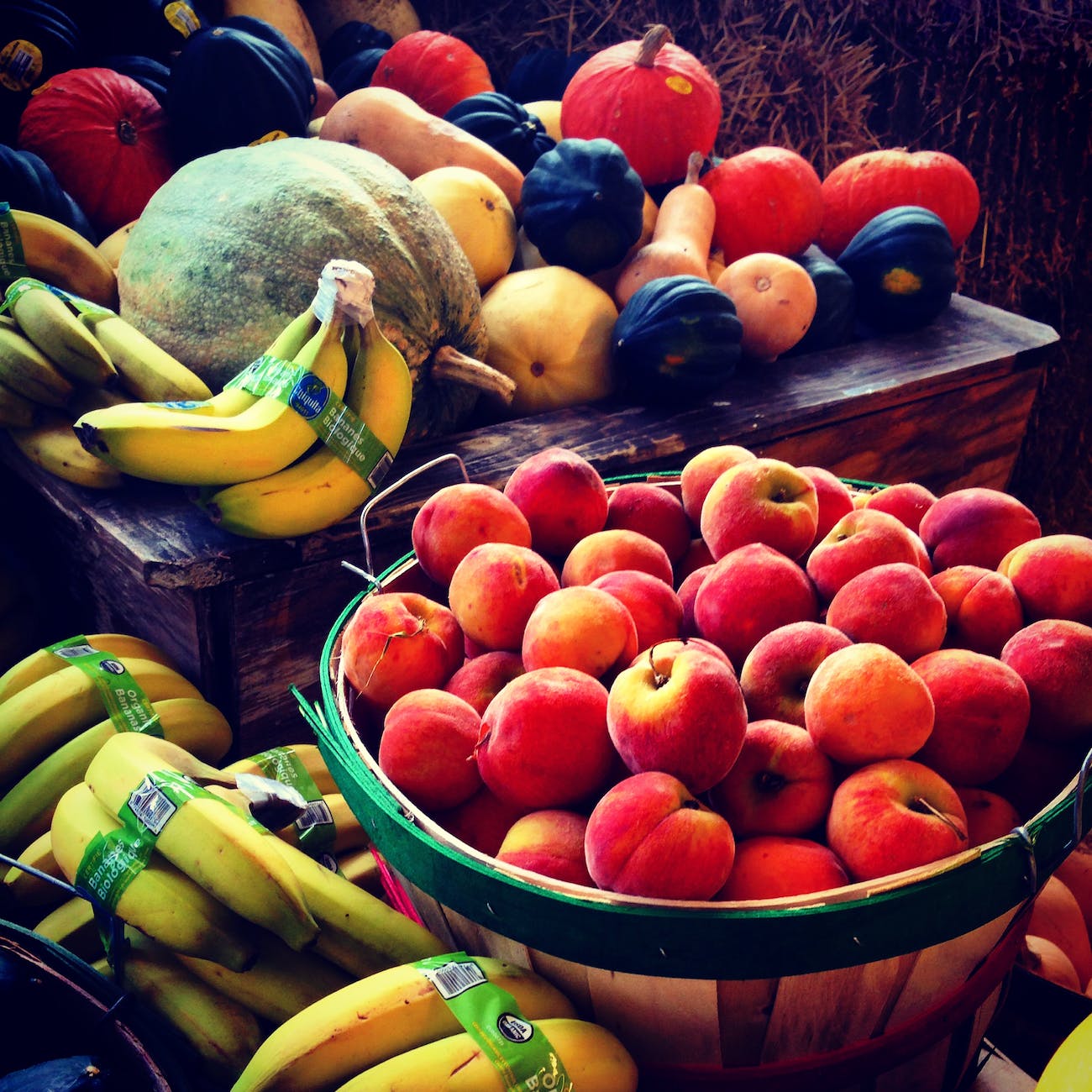 For such a seemingly overly complicated and intricate-sounding term, it’s not that difficult to put up a thermogenesis definition that’s easily accessible to anyone. The short version is that thermogenesis is a biological, metabolic process through which our bodies produce heat by burning calories. The notion will become even clearer as we explore the role of thermogenic foods and how they contribute to this process.

In other words, the role of thermogenesis is to help your metabolism and to promote weight-loss by accelerating the calorie-burning process. Thermogenesis is influenced and triggered by a series of factors and through a variety of methods. Diet, exercise, environment, and overall health are factors that have a decisive impact on the burning process (and whether you induce it at all). However, the most typical and common method of rapidly triggering thermogenesis is through supplements. Needless to say, it’s not exactly the most recommended way, medically speaking.

To better understand thermogenesis is to understand the ways through which we can achieve it. It’s a combination of biological and chemical notions that all gravitate around one concept: energy.

Total Energy Expenditure and How It Works

You’ve definitely heard of kilocalories and energy and how important both of these are, but what’s the direct connection? Total energy expenditure (also shortened as TEE) refers to the energy we spend on a daily basis. We measure it, you guessed it, in kilocalories. Although the actual TEE levels are notably different from one person to another, we can influence them through several factors:

The Thermic Effect of Food

Food goes through an entire journey the moment it enters our bodies. Once it “drops” into our stomachs, it causes the gastrointestinal tract muscles to hasten rhythmic contracts. The production of digestive juices and secretions helps break down the food into different pieces. The nutrients we leave behind require energy in order for us to transfer and then absorb them. The effect that food has on our organisms, which results in the requirement of energy to help break it down, is called thermogenesis.

Because the foundation relies on a normal and necessary biological function, weight-loss via thermogenesis is the healthiest way. And the good part is that natural thermogenics are plenty, including the thermogenic foods we’re so keen of. However, it should come off as a given that you won’t get thinner because of thermogenic foods alone. This is why you need to mix it with other methods.

What methods? Find below.

Other Factors that Influence Thermogenesis

Physical activity does mostly refer to exercise, yes. But there are plenty of other types of activities that can cause thermogenic effects even without you hitting the gym. You may have noticed that after an exhausting day of household chores, you’re sweating aggravatingly. You might need a moment or two to cool down. After all, our organisms don’t discriminate against physical activity.

When we engage in these processes, our muscle cells turn into the starting point for energy offerings. They release the energy in order propel muscle contraction. However, a lot of this energy actually “misses” its target and exits our bodies under the form of heat.

The logic behind these functions is pretty sound. The more intense the physical activity we engage in, the more energy we need to propel the contractions. By default, we turn more energy into heat which we “lose.”

It may not matter as much in hindsight, but even the temperatures around you can affect your energy levels. Calories, heat, and thermogenesis. The hypothalamus is the part in your brain that picks up the signals from the environment. Then, it delivers them throughout your body to your muscles.

Perhaps the most unlikely trigger for thermogenesis on here is the cold. When the temperature around you is lower than your body’s, then the hypothalamus will respond. It will inform your muscles that they need to contract and release heat to fight it. In other words, shivering is, more or less, a way for us to regulate our bodies for weight loss. But, of course, we’re not saying to lie down in a bath of ice for fifty hours. There has yet to come any conclusive or scientific proof that exposure to cold is a reliable thermogenic fat burner.

It’s worth mentioning that the main sources of thermogenesis remain physical activity and the normal functioning of metabolic processes. Thermogenic foods represent roughly 10% of calorie-burning methods.

At the end of the day, it’s all chemical compounds and biology. There are three compounds that we talk about whenever we bring up diets and weight loss. If you’ve grown tired of hearing about them, fret not. Because there is an actual explanation for how carbohydrates, protein, and fats interact with your body.

The intake of carbohydrates in any respectable diet takes up an overwhelming majority of the actual food we consume. A plate rich in approximately 300g of carbohydrates should represent 60% of a 2,000-calories-per-day regime. The thermic effect of carbohydrates is of about 15%. That previously mentioned plate worth of 300g gives away 45g of carbohydrates. This portion is released as heat through thermogenesis.

However, this isn’t a rule widely applicable because different carbs have different reactions. Or, for a better way of putting it – some are better than others when it comes to convertible percentages. Low-Glycemic Index foods (also known as Low-GI) are better thermogenics than High-GI foods. This goes hand in hand with the fact that experts recommend Low-GI diets for an ideal weight loss program.

Protein is crucial to maintaining a balanced diet, but not only. It perpetuates weight loss with its ability to lower weight gain and to reduce hunger or desire to eat and it comes packed with other benefits. Studies have linked consumption of high-protein meals to a lower respiratory exchange ratio. Moreover, to a higher fat oxidation as opposed to low-protein diets.

And if you’re wondering whether it partakes in this “Thermogenic Foods of the Year” club, it totally does – better than anyone nonetheless. Nitrogen turnover and protein metabolism managed to make high-protein diets more effective than high-carbohydrate diets.

Fat tends to linger for extended amounts of time in our stomachs. Perfectly accounted by the fact that we gain that “near-explosion” feeling after indulging in a dish rich in fats. After consumption, we store fat in adipose tissue as a backup energy reserve. Because of its pretentious nature and composition, it takes a lot more effort to process fat, burn it, and then release it as heat.

When this does happen, however, it only comes for a lesser thermic effect of 3%. This means that, for a 65% amount of fat, less than 2% of it will be released during thermogenesis.

The only thermogenic foods that come immediately after physical activity in terms of vivid and visible thermogenic reactions are spicy ones. Your red cheeks, the increased feeling of hotness, and the profound sweating. They’re are all things that can be associated with a sturdy jog in the park and a spicy meal alike. The scorch on the tip of your tongue is only typical to the latter, though.

Dr. Margriet Westerterp-Plantenga of the Department of Human Biology at Maastricht University in The Netherlands published in 2006 a review. The theme’s core was of the relation between spices and thermogenesis. She called out that hot peppers and black pepper have particularly outstanding properties as thermogenic foods.

Hot peppers, red peppers, or chili peppers – whatever you call them, we know they’re the culprits for most of the dishes that set our mouths ablaze. The tiny little devils are packed with a substance called capsaicin, which is responsible for increased thermogenesis. The effects were reported in the aftermath of an experiment conducted in Japan, which had the test subjects eat meals that contained capsaicin.

Dr. Westerterp-Plantenga also noted the properties of black pepper, which in turn contains a substance called piperine. It enhances thermogenesis by stimulating the nervous system. Surely, the fact that slipping just a tad too much black pepper while seasoning your meal gives similar reactions to a chili stands as proof.

Whole grains are complex carbohydrates which require a lot more effort from the gastrointestinal system in order to be digested. This extra push that is given for thermogenic foods of the likes of brown rice, oats, or quinoa accelerates the thermogenesis process by tapping into a lot more of its energy supplies.

Other types of spices that can act as thermogenic foods include ginger, cinnamon, garlic, mustard, cardamom, cloves, or turmeric.

A study by the same Dr. Westerterp-Plantenga concluded that green tea can be definitely counted among thermogenic foods. This feat is achievable because of its two main components: caffeine and catechins. The former is well-known for its thermogenic properties. And when paired with these polyphenols, the effects of the two involved parties actually get boosted.

Medics all agree that vegetables must be present on your plate as often as possible. But the green vegetables are the most recommended for their action as thermogenic foods. Spinach, cabbage, lettuce, kale, and any other leafed and green vegetable is packed with dietary fiber. Just like whole grains, the thermogenic effect steers from the property of the fiber to keep itself from getting digested. As a result, the extra push necessary to actually do it leads to an extra release of heat.

We don’t always get the luxury of sitting down to indulge in four-course meals every hour of the day, so in-between snacks are always a given. As opposed to munching on a bagel or donut, we recommend apples and pears. Fructose, the substance found within them, isn’t exactly a phenomenal thermogenesis booster, but it does its job well.

Thermogenesis is a metabolic process which we can enhance through a number of means. One of those means is the inclusion of thermogenic foods in your regime. When you look at the nature of these foods and consider the fact that exercise is another major contributor, you’ve essentially earned yourself the reason why they’re always the main keys to weight loss.

Healthy Eating Habits: Why You Need Them and How To Develop Them