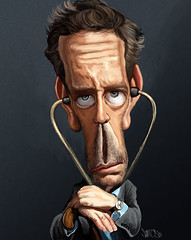 The Anti Aging Doctor Is In

Eluding the process of aging has become the obsession of the human race. Gradually, man is able to unravel the enigmatic but dreaded process with the help of science. Anti aging cosmetics, diets, regimens, treatments, medications and surgical procedures are today’s rage in attempts to reverse the hands of time. Anyone who holds a little piece of the aging puzzle and who is able to figure out a way to somehow deflect this inevitability is sought after. For this reason, this desire for immortal youth has catapulted the popularity of the anti aging doctor (anti ageing doctor).

Who Is The Anti Aging Doctor

The aging process involves the whole body. Our hair turns grey or falls off, skin wrinkles, teeth fall, our senses weaken, joints and bones creak, muscles shrink, vital organs and blood streams deteriorate, memory and mental function slow down, immune system wears out, diseases surface, and so much more happen in our body sapping our youth and vitality. Dermatologists, cosmetic surgeons, cardiologists, neurologists, endocrinologists, urologists, immunologists, gynecologists, even dentists and many other medical specialties all work to fight the eventuality of growing old in their respective fields.

Because of this encompassing impact on our body, the anti aging doctor must also ideally be someone who has an overarching expertise in all of the processes of the whole body. However, he may not be easy to locate, if indeed he exists. Additionally, science has not yet totally unscrambled the aging process. If only science can discover which buttons to push to put a stop to aging.

You may have heard of endocrinology and neurology, but have you heard of neuroendocrinology? Endocrinology deals with the diseases that affect the endocrine system, the hormones the system secretes and how it works together with the other parts and processes of the body such as metabolism, excretion, respiration, reproduction, movement and sensory perception. Neurology concerns with disorders of the nervous system, including its blood vessels, coverings, the muscle and all other effector tissues.

Neuroendocrinology deals with the interrelationship of the two systems. It concerns with regulating hormone secretion by the brain and controlling hormones on brain performance.  Neuroendocrine research is mainly focused on the activities and integration of the flow of neuronal information related to the secretion of hormones. There are five hormones considered to play big roles in anti aging: human growth hormone; sex hormones, such as testosterone, estrogen and progesterone; erythropoietin, insulin and thyroid. Neuroendocrinology will be studying how to harness these hormones in combatting man’s physical and mental deterioration.

When the day comes when man can just go to his anti aging doctor and request for an anti aging formula is the day the day the world stops growing old. However, while there are no recognized anti aging medical specialists yet, the world continues to age each time it rotates on its own axis.

“The Future of Anti Ageing Medicine”

A Visit To An Anti Aging Clinic

The Future of Anti Aging Medicine